Emperor Bush and the Absolutists 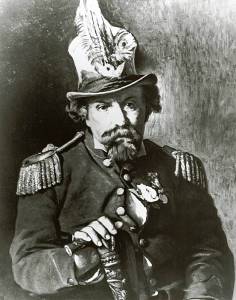 Posted by the Imperial decree of Emperor Norton I of Frisco

It’s easy to forget just how big the internet is and just how far into oddity the archipelago of isolated gatherings of occasionally beautiful and often disconcerting madness spreads. Even with the jaw dropping amount of human knowledge and opinion set before us the temptation to just sit there checking Facebook, Twitter or a handful of data rich sites which lie at the centre of the whole thing tends to take control, habit being a favourite trait of the species regardless of the context.

Every now and then though you find yourself out on the peripheries. A flashing idea or moment of inspiration can lead you in the bizarrest directions and the wonders of Wikipedia can draw the strangest links between what you set out to find and what you end up discovering. Like the Monarchist movement.

It’s no great surprise that there should be out there in the ether a community built around the dream of restoring monarchies to the world, once stated in fact it almost seems like an obvious feature of the online landscape where almost every imaginable concept has at the very least a dodgy Geocities site put up in the early 2000’s, animated gifs and Comic Sans essays included. That cynical sense of inevitability however doesn’t detract from the genuine novelty of walking randomly into a world of ideas, beliefs and hopes which inspire wonder, surprise and disapproval in a low level intellectual cocktail. The Monarchists got me on all fronts.

Their own make-up as a community, judging by their online presence, is relatively intelligent, erudite and almost completely delusional. In the mix are historically nostalgic Monarchists, who call for the restoration of everyone from the Tzars and the Emperors of France to the return to independent power of the Hawaiian King and the birth of a new Chinese dynasty. The genealogies for each potential royal being analysed and measured against the eclectic array of standards held by those with an interest. Monarchist movements around the world are discussed, chances of success pontificated upon and leaders generally gossiped about.

Amidst the speculation occasional posts declare a bright future for one figure or another, concluding that Russia isn’t that far from embracing a Romanov and Austria may just be waiting for the next Hapsburg – all with a measure of calmly put implausibility which, fantastic as it often seems, probably isn’t that far from the aspirations of any political sub-group from Right to Left. Were their chances of seeing those dreams come true even remotely plausible the political naivete and comfortable hope could almost be offensive but instead it’s just a happily fantastic form of day dreaming.

Odder than the nostalgics are the Americans who, Republican nature of their homeland 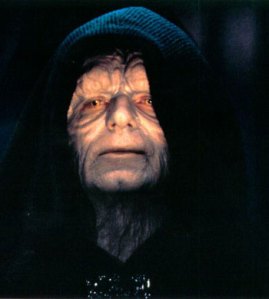 Potential candidate for the Imperial crown

aside, seem to have as much if not more enthusiasm for the global Monarchical project than their co-posters from royal and formerly royal nations around the world. Between them there’s an apparent sub-division with ever more fractured schools of thought on Kings and Queens. Some simply support the restoration of any monarch, albeit with a particular fetish for Europeans, with a hefty set of rose tinted glasses to fix an elegantly imaginative ideal of times gone. Their own country, they say, doesn’t need a monarch given that it has no history of them beyond its time under British rule which, once dispelled, isn’t to be welcomed back. Others, naturally, take the opposite view. American royalty isn’t just desirable, it’s maybe even tenuously plausible. It’s a serious undertaking to some attached to the movement and whilst the talk of founding a movement beyond random discussion on the internet seems to be outweighed by pessimistic prophecies of the decay of the United States and the potential for a King, Queen or Emperor to rise in the aftermath.

The models of implementing this new North American Empire seem to have three main forms. Firstly, the return of the British to power, us apparently being the best of the best in the outmoded institutions stakes and, I suspect, partly thanks to the massive popularity of Princess Di state side which seems to have fuelled a certain sort with an odd mix between a reverence for historical grandeur, a Disney-esque sense of romanticism and, occasionally, a genuine wish to simply be told what to do above and beyond the labyrinthine confusions of the modern state. Then come the Nativists who predictably enough aren’t suggesting a new era of tribal Chiefs as their dream establishment but who instead indulge in eager name dropping as to potential candidates. Kennedys, Rothschilds, Rockerfellas and even the always venerable Bush family are mentioned as potential Emperors, with varying degrees of understandable sniggering derision. In fairness it should be said that even within the micro-community of American monarchism the Nativists are not in a majority.

Another speculation comes from those who talk of a fragmented US with restored European Monarchs reclaiming restored thrones on the continent from the French in Louisiana to the Tzars in Alaska. In a bizarrely un-American show of national indifference the prospect is held up as a happy one.

Between the groups gossip, debate and discussion is continuous with occasional stand out threads which get to the point of how to organise and what to do once you did. Of the couple I looked at neither made it beyond the first page before being de-railed and the almost constant one man factionalism made even the other political fringes, Left and Right, look like a cohesive order ready for world power. Like all good hobbyists however those posting remained impervious to the madness of repetition, always ready to indulge yet another argument about the same handful of meaningless issues.

That these committed nostalgic idealists will never achieve their hopes seems pretty obvious, although the same could apply to those involved in almost any kind of vibrant politics, but here that fact de-claws the discussion completely. As blatantly undesirable as the restoration of archaic monarchies to countries that suffered enough from them the first time is, to me at least, it’s also quite comforting in its way. Like watching a historical epic the stuffy veneration depicted in this online cul-de-sac is a minor taste of a thoroughly mythologised but rarely happy period of human history which offers a novel form of escapism in itself. The exponents and posters and ever-waiting descendants of royal lines this little scene contains make for a quaint vista to the passer by. What horrors may lie beneath that I didn’t stay to find out.